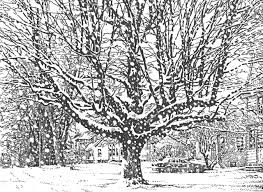 It’s been snowing all winter. Like it usually does. That’s why it’s winter. Meteorologists said all week-long that snow was expected to hit again today. They said it would be about 8-12 inches. And, yet, people acted like it was a total shock when they woke up this morning to find a foot of snow on the ground.

You have no idea how badly I wish that all the people who posted “I’m moving to Florida” in response to the snow this morning would actually go through with it, and DO IT. Please, move to Florida. You’re doing us no good here. None.

Has it snowed a bit more than it usually does? Sure. But, and I don’t know how many times I can repeat it, it’s fucking winter. Why are people so vocal? Have you all not spent 20+ winters in New York? In a few months, it will be spring. And it will get nicer. Then after that it will be summer. And it will be really nice. If it starts to snow in the summer, then, you have my permission to go ahead and complain all you want. Because that would be abnormal.

But… snow in the winter? Not so much.

And then there’s those people who just feel the need to comment about the snow. You can tell that the snow doesn’t bother them that much, but they still have to comment. As if it is their duty to issue some type of public statement. Those people are lovely.

The point I’m trying to make is: we know it’s snowing. It’s not exactly something that is hard to discover. I really don’t need to hear about it from everybody on Facebook. I really wish there was a way I could prevent my newsfeed from sharing statuses that include the word “snow.”

Does the snow bother me at all? A little. I certainly don’t love it. It means more shoveling, more back pain, and dangerous driving conditions. But it’s fucking NATURE. There’s absolutely nothing I can do about it. Not a single thing. So why waste a moment of my time complaining about it? Although I guess I am technically wasting a lot of minutes of my time complaining about people who complain about the snow. Look at what these assholes have made me become.

I suppose I do hope the snow stops just so I don’t have to listen to people anymore. That would be wonderful.

But if it continues to snow, then whatever. What can you do?

Enough about the snow. I am not mentioning that word again.

Alright, I don’t watch American Idol ever. Okay, I watch it sometimes. Fine, I watch it often. Every season. Every day. I’m watching it right now. Fuck you. But, anyway, if this doesn’t make you feel anything emotionally… well, you have no soul.

Now that you’ve all officially been humbled, go out and enjoy your weekend.