Every once in a while I see somebody post a rhetorical question on Facebook, asking something along the lines of “Why do bad things happen to good people?” or something like, “I’m tired of being nice to people when I keep getting screwed over,” yada yada yada.

First and foremost, let me to say that I have no sympathy for people who post such things. We all have the ability to shape how we are treated by others, but a lot of people fail to realize that. There are too many people in the world who truly and naively believe that if they are nice all of the time, and do the right thing, that only good things should happen to them.

And that’s not the right way to go about things.

So I’ve decided to try to lend a helping hand. It is absolutely possible to be branded universally as a “nice person,” and still have a reputation where people know not to mess with you. Because there is nothing worse than being a pushover.

Yes, there have indeed been situations in the past where I allowed manipulative people to take advantage of me, but for the most part, I was equally to blame for it. And thus, you learn from those experiences. That is the most important thing.

So here’s some tips I will provide for you, which I myself have learned through years of life experience.

This is mandatory before I delve any further.

Upon surveying a situation, you should know what needs to be done for you to be looked upon in the most favorable light. As long as you are aware of it, it means that you have a solid grasp of morality.

There are plenty of people in the Peace Corps who devote their lives to being saints and helping the needy, and god bless them. They are much better than I am. They are the ones who make up for lazy pricks like me who don’t always do the selfless thing. They cancel me out, and that’s why those people do what they do.

So try to identify the “right” thing to do in most circumstances, and do it sometimes. But even if you don’t, as long as you know what it is, then at least you’re on the right track.

To sum up: In any given situation, ask yourself this question — “Do I know what Mother Teresa would do right now?”

If the answer to that question is no, then you don’t need to read any further, because you’re not nice. You also need to reevaluate things.

Be able to identify manipulative people.

People are who they are in all contexts. If someone is a dick, then they are going to be a dick to everybody.

So when a self-proclaimed nice person experiences a situation where somebody is a dick to them, why are they so surprised by it? It’s not that difficult to determine that somebody is a not a nice person. So you shouldn’t go out of your way to help these people, and you 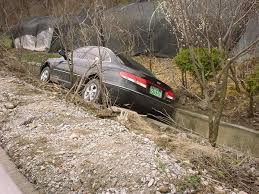 certainly should not expect anything from these people. If you did, then that’s your fault.

Again, shitty people are shitty to everyone. It’s just your fault if you let it get to you.

To sum up: In any given situation, ask yourself this question — “If my car fell into a ditch at 3 a.m., and I needed a ride, would this person get out of bed to come and get me?”

If the answer to that question is yes, then those are your true friends that you should always be nice to. If the answer is “no” or “probably not,” then don’t rely too heavily on these people.

Fake nice is not nice.

There is a stark difference between genuinely nice people and fake nice people.

Genuinely nice people do good-natured things, and act politely because they like doing it. Being nice shouldn’t be “work.” If that’s the case, then you’re actually an ill-natured person and should drop the act and just join a gang or something.

There is nothing worse than people who act nice to others solely because they believe that acting nicely entitles them to things. You don’t do favors for people because you expect them to be returned, you do it because it doesn’t even occur to you that you are doing a “favor.” For you, it’s just commonplace.

To sum up: In any given situation, ask yourself this question — “Do I know, without hesitation, which of my friends owe me things right now?”

If the answer to that question is yes, it probably means that your friends don’t like you as much as you think, because they long ago realized that you’re not as nice as you appear to be.

Be a dick sometimes.

Is someone offending you? Then drop the manners and stand up for yourself. Are you upset with somebody because of something they

said or did? Then approach them about it, and don’t be nice to them outwardly while secretly holding a months-long grudge. I’m not saying to become Ronnie from Jersey Shore, but I’m saying to be prepared to have lash out sometimes when necessary.

As long as you don’t cross the line, but flirt a little bit towards the edge on occasion, then people will come to accept that you are somebody that they can’t walk all over.

To sum up: In any given situation, ask yourself this question — “Am I really, really mad at somebody right now, and they are completely oblivious to it?”

If the answer to that question is yes, then you definitely need to work on your “being a dick” skills, ya pushover.

Nobody ever deserves to be abused — both emotionally or physically. I don’t care how rude somebody is to you, there is an appropriate method to go about handling the situation. There is no context where sitting down, grabbing a beer, and talking through your issues

But if you ever resort to physical violence, or bullying, then you’re the opposite of nice.

To sum up: In any given situation, ask yourself this question — “Do I boil with uncontrollable rage when somebody wrongs me?”

If the answer to that question is yes, then you probably should seek outside help. Or marijuana.

Unfortunately, nice people have to know when there is a time and a place to not be nice. That’s really the difference.

Also, if you want to see what “nice” is, then check out what this high-school basketball player does at the end of this clip. Now this is nice. It’s also an amazingly heartwarming and quick 2-minute clip. Trust me, it’s worth your time.