The Huffington Post is reporting that NBC is currently deliberating the idea of replacing Jay Leno on the Tonight Show with Jimmy Fallon sometime next year. Apparently the decision would be a response to other networks, who appear to be getting younger with their choices for late night hosts.

ABC just inserted Jimmy Kimmel into its 11:35 spot. Conan O’Brien obviously occupies that spot over at TBS. Additionally, NBC fell to fifth in the network ratings in February, traipsing behind CBS, FOX, ABC and Univision. That’s right, NBC actually finished behind Univision. So I don’t really blame NBC for pushing the panic button after that.

As we all know, NBC has made these types of decisions before, without them working out. David Letterman was supposed to take over the Tonight Show when Johnny Carson retired, but Leno swooped in and grabbed it. A couple of years ago, Conan O’Brien took over the show. But a few months later, Conan was out, and Leno was back in.

All I know is, if I’m Jimmy Fallon, I am lawyering up right now. And If NBC offers the job, I am getting something in writing that prevents them from screwing me over.

So we’ll see what happens there. But this story got me thinking about the conglomeration that is the late night scene, and the variety of different hosts that we have to choose from. It’s not necessarily a bad thing. It gives everybody the opportunity to choose their own host that suits them best.

Of course, these late shows typically don’t start until 11:30ish, so some of you who have to wake up at the crack of dawn for work aren’t even awake by the time these guys come on.

So for you people — and for anyone else who is interested — I am going to rundown the characters who are currently hosting late night programs, and try to figure out where they all fit in the grand scheme of things.

Dave used to follow the legendary Johnny Carson on NBC for 11 years, and then he moved to CBS to start his own late show in 1993, where he’s been ever since. At the ripe age of 65, I consider Dave as America’s favorite inappropriate uncle. We all know about the scandal a few years ago in which he admitted having sexual relations with Late Show employees and interns.

But in all seriousness, I really think Dave is truly masterful at what he does. Obviously, 30+ years of experience will help with that. But he is genuinely funny, he is adored by his elder audience, and he just gets it. What do I mean by that? Well I’ll describe it in two ways.

Firstly, I could not appreciate more how he handles his guests. Whereas other hosts suck up to their guests, Letterman just doesn’t care about whether he offends his guests or not. Something I’ve noticed about him is the amount of graciousness in which he offers his guests equates to the same amount of respect that he has for them. So if he’s interviewing an esteemed actor or actress who he genuinely likes, he treats them like royalty.

Yet, if his guest is Paris Hilton, he’ll make a mockery of her, and won’t care about the consequences. It’s great.

The second example of how he gets it is the way he was able to spin the aforementioned sex scandal and still maintain his fan support. He spilled the beans about his actions live on his show, and he managed to divulge his confession in such a way, that, when it ended, he received a standing ovation! Nobody else in the entire world could have done such a thing.

Albeit he does cater more to an older audience, but regardless, I really think that Dave sets the contemporary standard right now as far as late night is concerned. 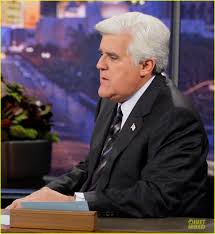 This guy. This effing guy.

I honestly do not know any of my friends who actually watch Leno. Is he is funny? Maybe a tiny bit. But the guy just can’t take a joke. If he ever is the butt of a snarky comment, then he doesn’t know how to react.

I’ll certainly admit that I think he has great writers, and he is able to pull in great guests, but I think that has more to do with the allure of the the Tonight Show than it does him.

He’s another guy who obviously caters to a mature audience, and he’s a familiar face in the game, no doubt, but I just don’t think he has one stand-out quality that sets him apart from everyone else. When he goes away for good, I don’t really think anybody will miss him too much. But he is the Freddy Krueger of late night, so he’ll probably never leave.

I have to be honest and say that I used to hold an unsubstantiated grudge against Craig Ferguson. Not because I disliked his personality, but because he was competing against Conan when he was on NBC. And I was a loyal fan of team Coco.

However, I have watched Ferguson a few times over the years, and the dude is just straight-up funny. I think he has the right blend where he can be relatable to both younger and older audiences. He appeals to adults because of his Scottish charm and ravishing looks. But he appeals to the youth of the America because his jokes are extremely childish. Which is not a bad thing at all.

The majority of his interviews are unscripted, which I have a lot of respect for, and it usually results in a lot of awkward or unpredictable conversations with his guests. But it’s genuine, and that’s cool. Also, his awkward silence bit is comedy gold.

I have no problem with Craig, and I hope he succeeds Letterman as the king of CBS late night sometime in the future.

As I said, I watched Late Night with Conan O’Brien religiously throughout college. Of all the late night hosts, I truly think he has the most natural, inherent sense of humor. I say this because he is usually at his funniest when he’s not trying.

The best stretch of late night I have ever seen in my life was when Conan went on the air during the writer’s strike of 2007-2008, and did it without his writers. The result was essentially Conan improvising 45 minutes of worth programming, and he killed it. Obviously that says a lot about his ability to entertain.

The best part about his humor is that he is self-deprecating (often mocking his paleness, awkward stature and bright orange hair), and, like Ferguson, his jokes are often catered to a younger audience. But that also could present a problem, and when Conan shifted to the Tonight Show, and then to TBS, I feel like he’s been trying to hard to be more classy and mature. And it just doesn’t suit him.

I’m ashamed to say that I haven’t really watched him in years. Which is a sad statement, but also a testament to how much he’s changed. (Or maybe to how much I’ve matured? …Nah.)

I feel like when Jimmy took over for Conan on NBC, people were expecting him to fail. Nobody thought that the guy who used to be on SNL could be a successful variety host.

But I think people underestimated just how talented the dude is. He was cast on SNL for a reason, after all. Nobody in the world does better singing musical impressions than Fallon, and he often incorporates it because he knows it works. His duets with Justin Timberlake and Rashida Jones have also made me a fan.

He probably has the worst comedic delivery of any of these hosts, but Fallon puts on a good show. He’s improved his schtick greatly and I think he’s as good a choice to replace Leno as any.

I can’t lie — Historically, I’ve watched Jimmy Kimmel much less than the others, but from what I hear, he’s pretty well-received. He’s a young guy so he obviously understands what its like to be a late night host in the digital age.

He had a successful career before he even became a late night host, and I think that if you liked Jimmy before, then you still like him now. Plus, with all the celebrities he gets to participate in his skits, it’s clear he has a lot of pull in the industry. His running gag with Matt Damon is also one of the best in the biz.

I think Kimmel will be around for a long, long time.

Alright, this isn’t even really fair. Not necessarily because Stewart is in a different league, but because he’s in a whole different genre. He aims to cover worldly issues while exposing the misreporting that goes on by the likes of FOXNews and CNN. And God bless him for that.

However, he is on at the 11:00 spot, and therefore, he is considered a late night host. Additionally, there are always rumors abounding that suggest he should move to a major network. But honestly, I think Stewart needs to stay where he is. He’s doing what he does best, and he has all the free reign to say whatever he wants on Comedy Central, which he wouldn’t have on a CBS or an NBC.

But given all the good work he does in keeping all these asinine news outlets in check, you have to consider Stewart one of the most important people in the late night scene.

But something I failed to say about Stewart, which also applies to Colbert, is that these are two hysterical guys. Colbert is particularly skilled in his ability to deliver deadpan humor. The guy says ridiculous statements without even changing the expression on his face.

Colbert is in the 11:30 slot, and thus he directly competes with Letterman, Leno and Kimmel, but of those four, you can definitely make the case that Colbert appeals the best to the younger crowd. But the most important thing for him is that he appeals to the same audience who watches Stewart.

What’s the pattern you noticed about all this? No women.

It seems that women dominate the daytime talk scene, while men are more prevalent at nighttime. But anyway, as you can see, all of these guys have a special something to offer. There’s stiff competition out there, so these networks have a lot riding on these guys.

And I can certainly empathize for all of them in saying that it is extremely difficult to be funny every single day. So they definitely have that going for them.

But as to who the “king” of late night is, that’s for you all to decide. If you like class, watch Letterman. If you prefer stupid jokes, watch Ferguson or Conan. If you want a true comedian, tune into Kimmel. If you like to see some funny impressions, watch Fallon, and if you want to be kept up to date in current events in a humorous fashion, watch Stewart and Colbert.

But whatever you do, do not watch Leno.