Put Martin Luther King, one of the greatest public speakers in our nation’s history, in front of a microphone for that long, and I’m

pretty sure that people would become bored after the second hour. Maybe black people would last an extra thirty minutes, but that’s it.

The only human being I can imagine maintaining people’s interest for thirteen hours nonstop is if Kate Upton gave a speech for that long while topless. I’m fairly certain that she’d be able to keep people entertained for eternity if that was the case. In fact, I can just think about that for thirteen hours and be entertained. I don’t even need to see it.

But anyway, Rand Paul is not a topless Kate Upton, and thus, people did not care as much.

Paul was filibustering to raise awareness of his adamant opposition to the Obama administration’s policy on drones, which, according to Wikipedia, are unmanned aircrafts that are controlled by pilots from the ground. They are typically armed with missiles and bombs, and are used for attacks.

The whole purpose of a filibuster is to gain attention. And not in a Facebook “OH MY GOD, FML, LOOK AT ME!” type of way, but as a means to incite change. If a U.S. Senator were to step to the floor and say, “Ladies and gentlemen, I am against the United States’ usage of drones. Thank you,” and then just left, then I’m pretty sure not a single soul in the world would care.

However, by talking for thirteen straight hours, and becoming the top story on the news, then even the most anti-political people are bound to notice.

If you are a U.S. Senator, and you’re trending on Twitter, that’s when you know you’ve done something. When you’ve eclipsed Justin Bieber and One Direction as a trending topic, that means you’ve either done something really good or really bad. For Paul, it was the desired effect.

But as always with these type of things, it’s the little things that people remember. Like with Marco Rubio awkwardly grabbing a drink of water during the Republicans’ response to Obama’s State of the Union Address, I personally think that this will be the defining moment of Rand Paul’s marathon filibuster. The video is inside the link. It’s not letting me embed it for whatever reason. 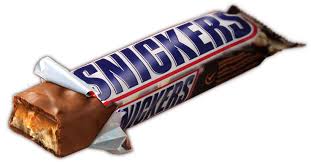 I can’t verify if it was a Snickers that Paul was consuming, and not a Milky Way, but if it was, then Snickers needs to get on that. That is some bonafide product placement if I ever saw any, and Rand Paul needs an endorsement deal, ASAP.

The rapid devouring of the candy bar, the caramel drip, the laugh, the double-check to make sure he didn’t stain his suit — it’s all the stuff that Internet memes are made of.

But anyway, I honestly have no problem with a good ol’ fashioned filibuster. Does it seem antiquated? Sure. After all, they were made popular by the 1939 film Mr. Smith Goes to Washington, in which Jefferson Smith, portrayed by the legendary Jimmy Stewart, conducts a filibuster during the climax of the film.

However, filibusters show grit. They show dedication. You’re not going to stand and talk about something for thirteen hours unless you truly believe in it. So when somebody does it, Democrat or Republican, black or white, man or woman, then I appreciate their compassion and drive.

But I have a bone to pick with CSPAN. Nobody watches that channel. Nobody. It’s the most boring channel in existence. People watch the 90s pop hits channel, which doesn’t even show music videos, more than they watch CSPAN.

So when an actual once-a-year filibuster is ongoing, they need to be all over that shit. For instance, when there is a no-hitter occurring in baseball, ESPN interrupts all its programming and cuts to it. They analyze it. They interpret it. They celebrate it.

CSPAN needs to do this. They need analysis, music, commentary, the whole nine yards. It’s the ONLY goddamn reason why anyone in their right mind would ever turn to CSPAN, so how the heck do you not milk it?! It boggles my mind.

Witnessing these filibusters makes you think about things. I mean, he talked for thirteen straight hours. Think about everything you did yesterday, from 12 p.m. to 1 a.m. You spent several hours at work, traveled home, maybe went to the gym, ate dinner, watched television, balanced your checkbook, masturbated and/or had sex depending on your relationship status, and then wandered into a deep sleep. You also probably made several bathroom breaks during that span.

And yet, all throughout that time, Rand Paul was talking. No bathroom. No nourishment — besides that Snickers. No sex. Just talk.

It begs the question — if you had to talk about something for thirteen straight hours, what the hell would you discuss? It’s like a prolonged therapy session; you can say anything.

Maybe talk about how you feel abandoned by your father. Perhaps you can allude to the fact that the guy or girl you have feelings for

doesn’t reciprocate. You can even share how much you dislike one of your friends. I’m sure enough of you out there are screwed up enough that it’d take thirteen full hours to recite of all your problems.

Imagine if I tried blogging for thirteen straight hours? I think I’d get carpal-tunnel syndrome somewhere along the tenth hour.

But it all leads to one philosophical thought. Up until this point in our lives, have we done enough — and seen enough, and learned enough — to be able to entertain an audience for thirteen straight hours if we needed to?

If the answer is “no,” then perhaps it’s time to start mixing things up in your life. There’s still hope. One day, like the guy from the Dos Equis commercials, we can all strive to be the most interesting man (or woman) in the world.