One of the many, many downsides to human beings is that our bodies produce sounds. It’s part of the evolutionary process. Every living specimen must function in a way so its bodily fluids do what they have to do to keep them going. Humans are no exception.

As a result, we sneeze, we fart, we cough, we burp, we snore, we wheeze and our stomachs growl. It sounds awful when you list them all out like that, and even I wasn’t expecting to be able to name so many.

Of course we try our hardest to not do these things in public. In fact, we actually harm ourselves just to avoid having one person overhear

us do any of these things. I have been known to hold in gas for hours at a time just to avoid an uncomfortable situation.

Yet some of these things we cannot even control. Like snoring. I distinctly remember the first time I “spent the night at girl’s place,” and the next morning, while she was making coffee, I just had to ask her — “Did I snore?” I swear to God there was a pronounced pause in her movement the moment the words left my mouth. The entire world stood still for a moment before she told me that I did. That seemingly everlasting pause told me that what she wanted to say is, “Yeah dickface, you did snore and you kept me up all goddamn night, you bastard.” But, nevertheless — as I said yesterday — there’s still this.

But that’s neither here nor there. In fact I only really said that just so I could go out of my way to point out that I did in fact have sex at one point in my life.

So anyway, where was I? Right. We all make noises. Every one of us. Even Kate Upton’s stomach growls loudly on occasion.

As I said, though, we rarely hear it from others because we all do our best to control ourselves in public.

However, that can’t be said in all instances, such as the workplace. If you work in an office — as I do — then you are spending the better part of nine hours with the same exact coworkers every day. In that time frame, you are going to hear a lot of things.

Nobody goes 365 consecutive days without acquiring a stomach virus, or becoming phlegmy, or having a slight head cold, etc. So there are going to be days when you know you are going to be an inconvenience to others.

When those days do occur, it only stands to reason that you will try your very hardest to avoid distracting others, right? If you have to blow your nose, you’ll step into the bathroom. If you have to clear your throat, you’ll do so as quietly as possible. If you have to sneeze, you’ll do it into a tissue to drown out the noise.

This all should be obvious. It should be second nature.

And yet, there’s always going to be those one or two people who are just physically incapable of doing that. I swear, you’d think for a moment you’re seeing a Broadway show, because I’ve seen people make a dramatic performance out of their sneezes. It’s like they’re trying to win a Tony in sneezing.

Never in my life have I sneezed loud enough so that somebody more than 10 yards away would ever become alarmed by it. And yet, I’ve found myself jumping out of my seat in fright at some people’s sneezes. It’s like they’re trying to set the Guinness World Record for loudest decibels reached during a sneeze.

And don’t even get me started with coughing. I honestly couldn’t even annoy people solely by coughing even if I tried. I could choke to death on a chicken wing and still do it pleasantly. And yet, I have heard hacking coughs that are so horrid that I feel the need to shower simply after listening to them.

The only comparison I can make is the aliens in Men in Black when they transform from human to extra-terrestrial. During the 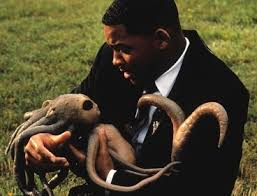 transformation, they begin convulsing and gyrating and while making odd noises as their bodies practically turn inside out.

I can hear the unhealthiness inside of their body whenever these hacking coughs are occurring. I’m no M.D., and I don’t aspire to be one, but I can still inform you that you have bodily issues that probably will be your demise. And sooner than later.

These sounds are the complete and utter antithesis of the white noise you listen to help you fall asleep — the gentle flow of a stream, the subtle howl of the wind, a patter of raindrops on the windowsill. Instead, a hacking and gurgling cough is the noise you listen to if you want to kill yourself.

It annoys me to no end because I imagine it’s not difficult to control. If you feel the need to cough or sneeze, just take a moment to compose yourself. Also, try to be aware of the fact that there are dozens of people around you who would prefer to not listen to your disgusting bodily reverberations.

But I must say that it is the ultimate motivator — hearing someone’s impending doom via an unsettling and hacking cough is a clear reminder of how I never wish to end up. So at least there’s that.

I prefer to live in a civilized atmosphere, where people cough and sneeze with dignity. In fact, a really solid rule of thumb is to always behave as if your are standing next to Kate Upton. Would you ever want Kate to hear your disgusting phlegmy cough? Or your over-the-top sneeze?

Although, if she ever does hear you snore, then that means you did good work, son.