Does anybody remember that there was actually a day and age where people had to work and grind relentlessly day-in and day-out just to have any chance of succeeding? Where the only ingredient to achieving positive results was motivation and dedication?

Or a day and age where people didn’t become famous at the age of 15 because of social media?

Of course, I don’t have a hard-working bone in my body so I don’t remember those days. I also grew up just before the social media boom, but I was still spoiled by computers and America Online, so that’s another reason I can’t attest for the days that I am alluding to. But they obviously did exist. They existed for 99.999999% of our universe; today’s generation just doesn’t know that.

But now, forget the years of hard work. Forget the need for experience. All you have to do is create a popular YouTube video and you can achieve anything!

Anything as in… taking Kate Upton to the prom.

I sweat for six consecutive months during my senior year of high school worrying about the prom. It was a half-a-dozen-months-long anxiety attack. Just the mere thought of uttering the words “Will you go to prom with me,” still, almost 10 years later, gives me the shivers. It was arguably one of the most stressful periods of my life.

And yet, this loser named Jake Davidson — and I can call him that because in the video he’s playing off the schtick that he is a loser — made a one-minute and forty-second long YouTube video, and now he may be taking the most desirable woman on the planet to his senior prom.

When Jake Davidson overhears his school’s football quarterback bragging about how he is taking the head cheerleader to the prom, he can step in, hold his oddly-shaped head high and remark, “Yeah, that’s nice. I’m going with Kate Upton.”

I’m aware that it’s far from official that he will in fact be taking Kate Upton to the prom. However, she did respond to the video with a promising Tweet.

At this point, the pressure is on. The world knows that Kate acknowledged the video, and now she really has no choice but to go with him to the prom. Or at the very least, she has to do something that involves making this guy’s life much, much, much better than it is right now.

But I can’t help but think back to my 17-year-old self, who was chubby and a bit overweight, who had a little more acne than one might prefer, and who hyperventilated at the thought of the senior prom and the fear of trying to get a girl to accompany him to it.

And yet, this guy, who under normal circumstances probably would have had equal difficulty as me finding a date, may be arm-in-arm with Kate Upton simply because he is computer-savvy.

I’m not saying I hate him. In fact, I think he’s brilliant. If you watch the video, it’s perfect. He doesn’t try too hard to be funny. Instead, he brilliantly mocks his own unremarkable lifestyle. Just look at him — he’s completely mediocre in every aspect of life. He has absolutely no build, no muscles, no stand-out facial features, a completely unoriginal haircut, and even his voice is monotone and mundane. He’s arguably the most forgettable person to ever exist.

Even his name — Jake Davidson — sounds fake. It sounds like one of those names that the computer makes up when you need a random-computerized opponent in a game of Hearts.

But the best part is that he gets that. He has no false illusions of his physical appearance. He’s obviously a smart dude, so he made a video that catered perfectly to his average-ness. And it worked. The bastard.

The entire point that needs to be reinforced here, though, is that YouTube has completely canceled out hundreds of years of blue- 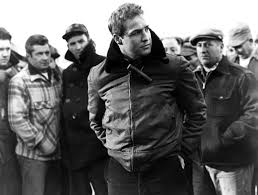 collar-American-hard-working attitude. Movies like 1954’s On The Waterfront by Elia Kazan depicted the great Marlon Brando standing in line trying to get a day’s worth of wages on the docks just so he could afford dinner. Those are no longer the days.

Instead, when you’re down and out, with nowhere else to turn, you load up the old webcam and film a video.

“I coulda been a contender” has turned into “I coulda went viral.”

YouTube videos spread like wildfire these days. If you’ve made something good, it’ll be viewed by eyes across the world in a matter of minutes. Had I known eight years ago that, in the future, you could YouTube yourself to the big time, I wouldn’t have even went to college. Instead I would have spent four years living in the wilderness, experiencing the real adventure our world has to offer. I would have had a pet badger named Yodi.

Viral videos have long changed everything. But now their influence has reached bounds nobody could have foreseen. Some lucky schmuck, in dire need of a prom date, may have landed Kate Upton as his dance partner because he had the foresight to take advantage of the world’s current infatuation with social media.

But you know what? Maybe it was a good thing that I had such a trying prom experience during my youth. It built character. It made me stronger. It led me to the man I am today. With every failure comes —

Eh, fuck that. Where’s my webcam at.