Let’s just get that out of the way. The reason being that for basically as long as I’ve been alive, my family has always owned a cat. We got our first one when I was about five or six years old, and ever since then, we’ve owned five different cats. Three have since passed away, and right now we have two.

One of the most polarizing questions you can ask a human being is whether they prefer cats or dogs. Because cat lovers will defend cats to their death, and dog lovers will do the same. There are some people who do indeed own and equally love both. Both those are pretty 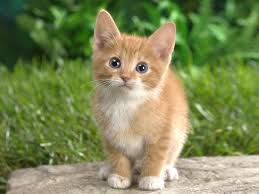 rare. Usually it is one or the other, and if you prefer one, then you usually will tend to badmouth the other.

“I love cats because of so-and-so, and dogs, meanwhile…”

In my opinion, there really is no inherent nature within humans that would make them lean one way or the other. It’s not like people
possess qualities that would help them relate more to cats or dogs. I think the answer lies in what animal they’ve been exposed to at a young age.

I say this because dogs and cats — while different — serve the same purpose as pets. Humans adopt them so they can serve as our companions. So that even if we are feeling lonely and abandoned, we can still come home to a furry face who will never tire of seeing us. Cats and dogs alike have a devoted affection towards their owners, and that connection will remain until the tragic day that they die.

Here is where I believe they differ — cats are more independent. They don’t need human attention all of the time. And when they do desire it, they’re mostly content with just lying on top of you or next to you while you pet them. For hours.

But they also like to lay by themselves at times, and, except when they’re kittens, they really don’t need to be played with.

Dogs, meanwhile, pretty much require constant attention. Not because they’re needy, but because if they had it their way, they would engage in a nonstop, infinite game of fetch. They don’t enjoy being left alone, and if they don’t get the attention they desire, they’ll bark until they get it.

And if you grew up with cats, then you’re used to cozying up on the couch with your furry friend laying on top of you, purring away, and then leaving and going off on its own when it want to take a long snooze.

So that’s why, if you’ve only ever owned one of them, you can easily become repulsed by the opposite animal.

As someone who has never owned a dog, I can honestly — and embarrasingly — say that dogs just don’t do it for me. I think they’re cute, and I like them, but I just don’t ever want to own one. Whenever I step into somebody’s house who has a dog, the moment I walk in I am accosted by the creature, and it just won’t leave me alone. I’ll sit down on the couch, and then it’ll jump on top of me and headbutt me. I just can’t deal with that.

And the barking. Oh god, the barking. It’s amazing that something that makes that much noise is a popular pet.

I love the notion of how so many males who own dogs think that it’s “feminine” for people to own cats. They consider owning a dog a more “masculine” trait. To me, a male making that argument is just their own way of compensating for something else.

Cats are certainly more delicate. More fragile. More dainty. But that should not be any commentary towards what type of gender they represent. If people who own cats are considered “womanly,” than what does that make somebody who owns a hamster? Or a fish?

But like I said, I absolutely see the merit of both. They don’t call dogs “Man’s best friend” for no reason. But, as a pet who lives in the same house as me, I just happen to appreciate the behavior of cats more than I do the behavior of dogs.

Of course, I don’t voice aloud my lukewarm attitude towards dogs. That would be like telling people about how I don’t really like ice

cream. There is absolutely no single benefit of telling people you don’t particularly care for dogs. Not a single person would ever hear that and say, “Oh my God, that’s so cool! I like you so much better now!”

Instead, when I see a dog, I just smile and pretend that I think it’s the cutest thing alive — like everyone else. And then I walk away and forget that I ever saw it.

Although, there are benefits to owning a dog. I swear to God, nothing draws moths to a flame (besides… moths to a flame) more than exposing a group of girls to a dog. In the past I’ve actually witnessed half-a-dozen girls go down to the floor at once so they can all simultaneously start petting a dog.

So if I were to ever own a dog, it would be for that reason.

Because I clearly need help in that department. Lately, me and women go together like… like… (ready for it?)