On Wednesday night, the Miami Heat lost to the Chicago Bulls in an NBA basketball game.

Normally, a basketball game on March 27, a few weeks prior to the postseason, would be an unextraordinary event. However, if you ask anybody who watches basketball, the game contained ramifications that could have changed the fate of the universe.

By losing the game, the Heat, led by LeBron James, ended their 27-game winning streak. Prior to last night, the Heat had played 27 consecutive games, and won every single one of them. Their previous loss occurred on February 1, which was 54 days ago.

Every person in the world, even if you just learned what basketball was this morning, should understand how awesome that is. Winning five games in a row is considered a great feat. Winning 10 games in a row — in any sport — is an extremely rare achievement. Winning 20 in a row is not quite unheard of, but a once-a-decade accomplishment.

Winning 27 in a row had only happened one other time in the history of major-team sports. I understand high school and college teams may have incredible stretches where they win upwards of 50 games in a row, and sometimes more. And not to downplay that accomplishment, but we are talking about the professional level here.

When you are competing against the best athletes that our entire planet has to offer, and you are gaining the upper hand for 27 consecutive games, that is simply remarkable.

Imagine being a fan of the team. When my favorite sports teams win one game, I am ecstatic. Just one game. But that feeling of euphoria disappears once they lose again. So for them to almost go two full calendar months without experiencing the sorrow of defeat — that’s just incomprehensible. And extremely unfair.

Okay. Now that I have outlined the significance of the winning streak, allow me to discuss how unbelievably thrilled I was for it to finally come to an end.

We live in a world of 24/7 sports coverage. Literally. ESPN, the predominant sports network, has a sister channel called ESPNews that never goes off the air. If breaking news occurs — even if it happens at 5 a.m. — they are on top of it. And while 24/7 sports coverage is obviously a huge benefit for sports fans, it also leads to a lot of redundancy.

Over the course of 24 hours, you’re going to hear the same things over and over again. And not only that, but when your job is to discuss sports around the clock, then you’re inevitably going to have to manufacture things to talk about. Additionally, when a significant and rare event happens in sports — like a 27-game winning streak — you can bet your bottom dollar that they are going to hyperbolize the living daylights out of it.

And boy did they ever hyperbolize. All sports analyst tried to do the past two weeks was to lay out a context for this winning streak. They would pick a major sporting accomplishment in history, and wonder if winning 27 straight games equaled or outmatched that accomplishment. 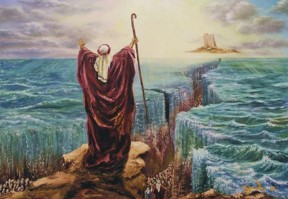 Is the Heat’s winning streak more impressive than the evolution of our universe, starting 13.7 billion years ago from the Big Bang until present day?

Whatever happened to letting history define itself? Why do we always have to determine the bigger picture in the present? And who cares what somebody’s legacy is going to be 20 or 20 years from now?

A 27-game winning streak speaks for itself. And yet, media analysts drove the topic to the ground day-in and day-out until the world could not bear it anymore. They didn’t just beat a dead horse, they kept the horse on the precipice of death, and tortured it Guantanamo-Bay style for weeks.

The Heat were six wins shy of tying the longest winning streak in major-sports history, and yet, I wanted it to end as soon as possible simply so I didn’t have to hear about it anymore.

Why even bother telling my grand kids one day about how amazing it was to watch the Heat’s 27-game winning streak, and how it stood up to anything else I have ever seen, when ESPN has already done it for me?

And for the love of god, bigger things are happening in the world right now. The fate of homosexuals having equal rights hangs in the balance of the Supreme Court as we speak. The last two times the words “equal rights” were relevant, it was for African-Americans to be considered people, and for women to gain the right to vote. But, nah, the Heat winning 27 games deserves more attention than that!

So for all of those reasons, I was thrilled to see the Heat lose last night. And so should the rest the of the world.

Because, god damn, there are bigger things in the world than a winning streak.