On Sunday I turn 26 years old.

I’m having a party with my friends on Saturday night, and I expect it to look something like this:

Actually, it will probably look something more like this:

I think I’ve said before how birthdays are probably some of the most anticlimactic events known to mankind. And that is not to say that most birthdays are bad, in fact, I remember my birthday last year being a giant success.

But what I mean is that it is an extremely rare event where we actually throw our own parties. In fact I can say that is an annual event, since, well, we only have one birthday per year.

Everyone’s primary thought when they’re throwing their own party is, “Please God, don’t let this be terrible.” Nobody wants to be the one who has six people show up to their party. That’s embarrassing and pitiful.

That being said, as much as everyone imagines the worst-case scenario, they also imagine the best-case scenario. In their head, they envision every single person they invited showing up, everyone laughing and drinking and having fun all night, and the evening concluding with the attendees lifting you up and down on a chair like you’re at a Bar Miztvah. It’s the American dream.

Inevitably, those best-case expectations are never going to happen. It’s impossible. You can still have a great party, but it will never happen that one special way you see it in your head. And thus, that is what makes it anticlimactic. 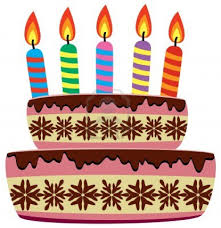 I personally enjoy the anticipation that exists leading up to birthdays. Not only does that possibility of the best-case birthday still exist, but, because of Facebook, you have an entire birthday event page to track and play around with for weeks leading up to it.

Creating a Facebook birthday event is probably the best part of your birthday. You get to handpick your own location, decipher your own guest list, make some funny jokes, create a humorous guest picture, and then you sit back and watch who your real friends are.

Another inevitability is that there are going to be those people who never RSVP, don’t contact you in any way, shape or form, and the majority of whom fail to make it. It happens. You can’t take it personally. It’s obviously an indication that these people aren’t your “best friends,” but at the very least it ensures that they will wish you a happy birthday on your Facebook wall.

But anyway, who cares about all of that. It’s political Facebook bullshit.

Let me talk about the age 26. I really can’t think of a less significant age to turn than 26. It honestly feels and sounds no different from 25. You’re still right in the mid-20s, and telling people that you are 26 doesn’t really feel old. Turning 27 will be a whole different story, but I’ve got a whole year to worry about that.

No legal ramifications come with 26 either. Although I’ve heard that apparently at the age of 26 you are able to rent a car for cheaper. WOO-HOO! PARTY IN THE RENTAL CAR BITCHES.

The one thing that does come with a birthday though, is that you can tick another year off your life expectancy. I don’t mean to say that in a morbid way. What I mean is that most people have an internal — maybe even a subconscious — checklist of where they want to be at certain ages. There also comes a time in your life, where, if you’re not on the verge of becoming successful, then you probably never will. The age of 26 probably isn’t there yet, but it’s not exactly extremely far away.

One way to judge how old you are is to compare yourself to superstar athletes. For example, if I was a Major League baseball player who just turned 26, I would be just entering the top-athletic prime peak of my career. So that’s good.

And yet, if I was an NFL running back, I’d probably be over-the-hill already at age 26. So that’s bad.

However, far and away the biggest piece of significance that will come with my changing age is that I have to input a different number into the treadmill when I do cardio at the gym. Now that is going to feel weird. I honestly can’t think of any other reason why I’d feel differently between now and next week, other than that. (SHAMELESS GYM PLUG.)

By the way, I’m usually not one to talk about myself, but since I blog year-round, I didn’t want to confuse my readers into thinking that I don’t have a birthday. Because I know how concernedyou’d all become. And since this will likely be my last entry prior to the big day, I felt obligated to discuss it.

Oh and rest in peace, Roger Ebert. May you be forever looking down upon us, eternally giving two thumbs up in approval.