There was once a time in my life when I thought that calling a girl up and asking her on a date was the most harrowing task known to mankind.

It’s such a vulnerable scenario. With one phone call, and one question, you are putting yourself completely out there. You make your proposition, you try to be confident and keep your voice steady, and you wait momentarily while the girl responds. Either she says yes, or she says no.

It was that ultimatum that used to scare me. For a few seconds, you held your breath while awaiting a response. By the end of the phone call, you’re either jumping for joy or jumping off a ledge in disappointment.

This is something that girls don’t experience. Because they are the ones who are asked, and not the askees. They can’t comprehend how difficult this is for men. And it’s only fair, I suppose. They have to go through labor, and we have to endure the embarrassment and pain of asking a girl out. That’s fair, right?

Anyway, looking back now, I realize that all of those things that used to frighten me about making that phone call — I now envy. And miss.

Somewhere in the last two or three years, the act of telephoning a girl and asking her if she’d like to accompany you for a Saturday night out on the town has become obsolete. It’s extinct. Everyone has a smart phone now, so texting has become the expected form of communication for all situations.

Need to wish someone a happy birthday? Text message.

Need to inform your friend of a funny occurrence that just happened to you? Text message.

There was that awkward in-between time in the past year or so, when not everyone had smart phones yet, when you wondered what was the appropriate way to ask a girl out. Call or text?

It’s gotten to the point where I feel like I am inconveniencing a girl by calling her. Because people just flat-out don’t call one another anymore.

So I, like most (if not all) guys, used to dread those few seconds — which felt much longer at the time — while I waited for a girl’s response. However, I never realized how luxurious it was to only have to wait a few seconds.

Late responses have become so commonplace that excuses aren’t even necessary anymore. And not only that, but when they do respond it’s never — never — yes or no. It’s “Maybe”. It’s “Let me get back to you.” It’s  “Hmm, I have plans that day, but I could be done early. I’ll let you know.” 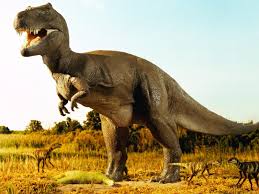 Texting has given girls the ability to avoid having to be direct. They don’t have to respond with a simple yes or no. Sometimes, my feeble attempt at asking a girl out leads to a back and forth conversation, that, several texts later — it occurs to me that the girl may not even know that I am trying to ask her out.

So the question becomes — are there actually females out there who still wouldn’t be fazed if a guy called them to ask them out? Or am I right in my thinking that all human interaction and correspondence is now expected to occur via text message?

Is there still hope, or has the method gone extinct by way of the dinosaurs?

There was a time when I used to have an internal debate over texting and calling. But now I feel that the debate has been settled for me. Technology has won.