One of the oldest sayings in the book pertains to the art of chivalry, a combination of nobility, generosity and valor that is expected from men.

In the olden days, it was used to describe knighthood, and the behavior that was expected from young men after they officially were knighted by a royal sword.

But over the years the term has become an illusion, an impossible set of standards that women expect men to live up to. When a man exhibits immature or cowardly behavior, a woman will scoff and say, “Chivalry is dead.” But the truth of the matter is that chivalry was never alive. We’ve heard folk tales and watched movies of the days of King Arthur, and medieval times, and it leads us to believe that every guy who lived during that time period exuded the utmost gallantry. 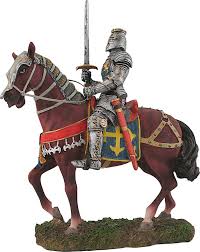 I didn’t need to live during that era to tell you that every time period in human existence had its douchebags. Maybe they didn’t exactly call them “douchebags” during the 13th century, but I’m sure there was some great term that means the exact same thing.

And that certainly does not mean that I don’t believe in chivalry. I just think it exists in other ways than people think. It’s not about taking off your coat and placing it over a puddle so a woman can walk across and not dampen her shoes. It’s not about kissing a female on her hand during every greeting, and then escorting her arm-in-arm to the next room.

I think it lives on in the little things. The simple things. Remembering to put the toilet seat down when you are using a communal bathroom in a house in which women are present. Not using vulgar language when conversing with a female. Holding the door ajar when someone follows you into an exit or entrance way, and maybe — once every now and then — offering a girl your sweatshirt if the weather is frosty.

It doesn’t take too much effort to do these things. And when you read them, one might think these are things that everybody should do, and not just someone who is making an effort to be chivalrous.

But it never ceases to amaze me how many sleazebags there are in this world. People who have no filter when they speak, and who have absolutely no shame in the things that they say or do to try to appeal to woman.

Indeed, it’s almost come to the point that 21st century chivalry is simply the act of not being a douchebag. Actually that is exactly what its come to.

And there is very much a difference between being chivalrous and being an overly sensitive guy. The two do not go hand-in-hand. Just because a well-mannered individual remembers to put the seat down, it doesn’t mean he’s not going to exhibit his masculinity in a fit of rage every now and then. Any testosterone-driven male still needs an occasional outlet. There’s showing respect for a woman (chivalry) and then there’s being just way too nice and sensitive (a pussy). Don’t confuse them.

I’m certainly not trying to sound like an arrogant know-it-all who thinks they are better than anyone. At times, I’m as immature as they come. In a controlled setting, I will make the occasional racist and sexist remark. I will make fun of people behind their back. And while I do try my best to be polite when talking to a pretty girl, trust me, what is going on in my head is anything but.

That being said, I take pride in the fact that — 99 percent of the time — I do mind my manners, and that I do not attempt to seduce women in an immoral fashion. I say this because, the other day, I was at a party. As I was walking towards the bathroom, I strolled

past a guy who was essentially groping a female, touching her inappropriately and basically forcing himself upon her. Think of it like the scene in Old School when Luke Wilson barges in on Craig Kilborn inappropriately fondling a girl in the bathroom.

Trust me, if it was anything over-the-top or even resembled violent behavior, I would have intervened. But that’s the worst part about it. The girl did not seem to be really against what was going on. It was pretty easy to sense, actually. Thus, I walked past the happy couple and went straight into the bathroom.

I crave female interaction as much as the next guy, but I wholeheartedly mean it when I say that I would not be able to live with myself if I ever deceived or coerced a girl into any type of physical intimacy. And knowing that does give me a small comfort. Even if it is a very lonely comfort.

So girls, I just want you all to know that chivalry is not dead. It’s just that the men who do exude it are not exactly knights in shining armor. In fact, they’re probably the ones who are the most likely to be dismissed by the opposite gender. And that being said, maybe it’s the girls out there who should take a look in the mirror when they wonder why it is that “chivalry is dead.”

One thought on “I take pride in being a gentleman”