Every summer has its anthem, and this year’s appears to be that of Robin Thicke’s “Blurred Lines.”

The track currently sits atop the Billboard Hot 100 for the fifth consecutive week, and since its March release, has sold 2.4 million copies in the U.S., is the second-best selling single in the U.K. of 2013, been viewed on YouTube more than 85 million times, and reached the top of the charts in eight other countries.

Robin Thicke, as most of you may know, is the son of Alan Thicke, the actor who is most notable for his role as the father on Growing Pains. Robin chose not to go the acting route, and instead released his first album in 2003. But 10 years later, at the age of 35, he has

now reached his pinnacle of success.

Though he did have some moderately successful songs prior to Blurred Lines, he was probably most well-known because of his dad. Well, that’s changed.

I first heard Blurred Lines about three weeks ago when it initially topped the charts, because I wanted to see what the fuss was about. I remember listening to it and thinking, “Well, that’s a different sounding song, but I’m just not sure if I really get it.”

So after shoving it aside and continuing on with my life, I happened to hear it about a dozen other times since — on the radio, at bars, at parties — and now I get it.

The song just epitomizes swag. It really does. The track is not some epic, vocally-driven power ballad. It has no techno bass. There’s no trace of AutoTune. It’s just Robin Thicke singing with very little effort while a subtle, melodious beat surrounds him. Every now and then T.I. and Pharrell throw in a holler or a “Yeah, yeah, yeah!” The song is so laid back and chill that Robin Thicke even voices a rhetorical question in the middle of it. What rhymes with hug me? It’s so stupid, and yet so brilliant.

And then the music video just solidifies it. It comprises the three men standing and hanging out on a runway while flirting with supermodels. The trio are dressed to impress, wearing fedoras, shades and have their arms draped around beautiful women for four consecutive minutes. The video is so cool that it actually incorporates hash tags and still does not lose any of its swag factor. Think about that. If Katy Perry tried to use hash tags in her music video, she would get destroyed.

There is so much swag involved that I actually want to kill myself because I know I’ll never have that much swag. I mean, not really, but you get the point.

I mean, how much more baller can you get than that? And that was before I even learned of the true nature of the music video! The original explicit version is basically the same, except the supermodels are topless.

You can view that video here. One of the supermodels is Emily Ratajkowski, who probably made the career move of a lifetime by 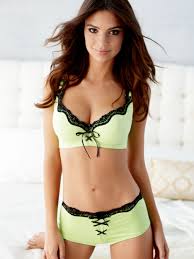 choosing to “act” in this video. She went from relative obscurity overnight to becoming the object of every male’s affection. Good for her. Girls, take note of Ms. Ratajkowski’s determination and will to succeed. She gets it.

Robin Thicke is actually married to actress Paula Patton of Mission Impossible — Ghost Protocal fame, among other things, and isn’t so bad looking herself. But reportedly, Thicke sought her permission before filming the video, in which she obliged.

And right this second, I have decided that this is the true indicator of a healthy marriage. If your wife trusts you enough to let you perform in a music video with topless supermodels, then that couple will live a long and happy relationship. I’m not even saying that to sound funny, I truly and wholeheartedly believe that.

But back to the song itself. It’s been a long time since we had a massively successful R&B track featuring a trio of male vocalists. In a way, the song reminds me of 2004’s “Yeah!” featuring Usher, Ludacris and Lil’ Jon, which topped the Billboard Hot 100 for 12 weeks. The swag factor in that song and music video was undeniable, and it set the tone for that year in music. I can see Blurred Lines having a very similar impact.

Of course, Buzzfeed had to get cute with one of its awesome arbitrarily-numbered list of phrases that rhyme with hug me, but even that can’t stop the tidal wave of awesomeness that is Robin Thicke.